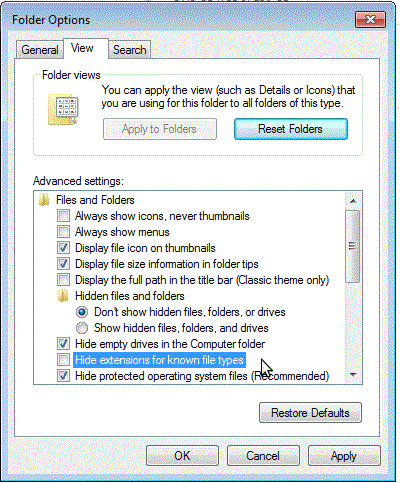 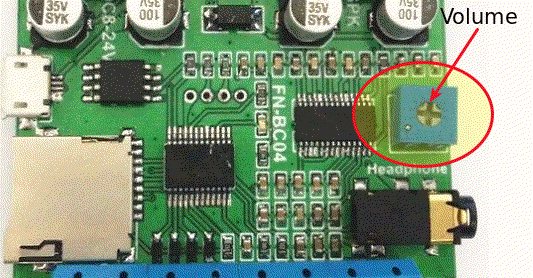 Q4: How do I adjust the volume of the board?

A5: You can, but you need to adjust the sound volume to a moderate or even lower setting to protect the speaker from damage caused by the powerful driving from the amplifier of the module.

Q6:  Is the square potentiometer able to be used to adjust the volume for the audio output from the headphone jack as well?

A6: No, the headphone jack gives an audio signal only to an external amplifier/active speaker/headphone. The volume adjustment relies on connected devices.

Q7: What bitrate must the MP3 file be?

Q8: What sampling rate must the .wav file be?

Q9: I used an Apple Mac to copy the 4 sound files to the MicroSD card or onboard flash memory. Now only 3 (or less) of the 4 buttons play a sound when activated

Q10:  Uploaded my sound files to the unit, but one or more button doesn't work.

Q11: My computer isn't recognizing the board when I plug it into my computer

A11: Some micro USB cords can only transport power through them, so it is important to make sure the cable can transfer both power and data. In other words, some cables are only good to charge devices, but cannot communicate with them. The first thing to do is test if the cable can not only charge but also communicate with other devices such as a phone, if not try a different cable.

Q12: The .wav file has an audible "click" when finished playing on the module. However, there is no "click" when I listen to the file on my computer.

A13: The boards read files according to physical index order, so if there are only 3 files placed (no matter what names they are), they will playback on buttons 1, 2, 3.  If you, for example, don't want playback on button 2, you need to place 4 files one by one in sequence, and when you use the board just disregard the 2nd button (don't hook a switch up to it) since you don't need that one for playback.

Q14: I am planning to drive this module with a battery pack. Will that work?

A14: This module has a relatively high standby current of 10mA (@ 12V DC). That means when connected to a power source it will draw 10mA even when not playing a sound. So if your application involves the module connected to the battery pack and having to standby for days at the end to be ready to play a sound, it will drain your batteries just standing by. If you require a sound module to standby for days or weeks and want to use batteries to drive it, see these alternative units that have very low standby current: FN-T418 & USB5M and FN-M2A