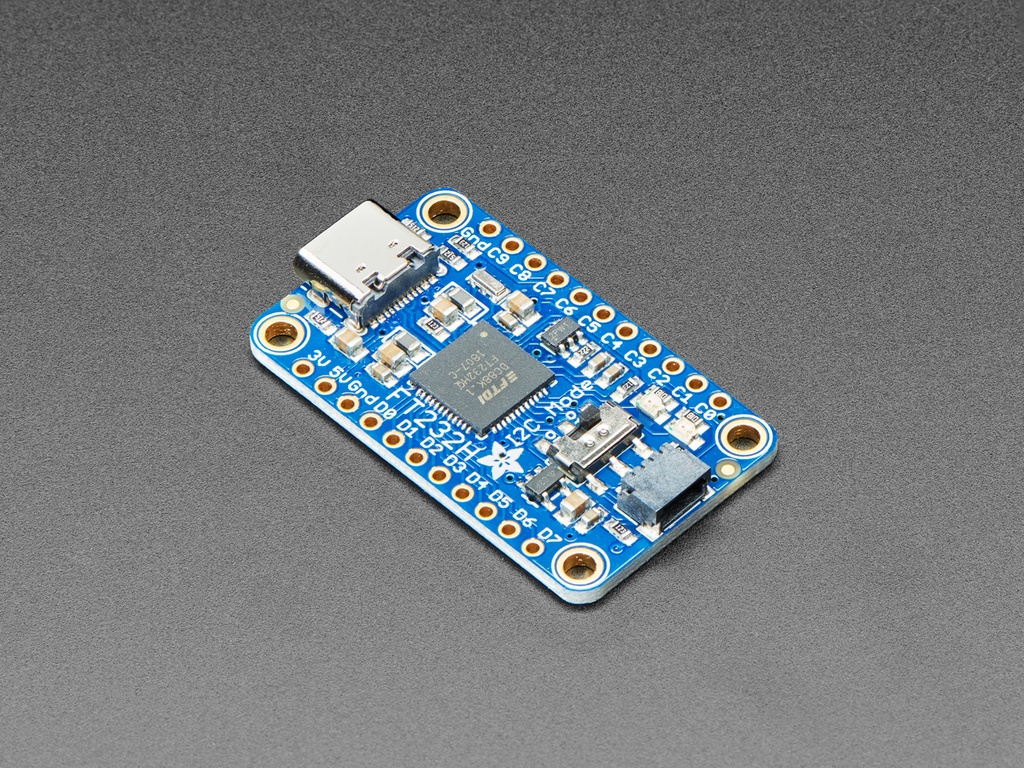 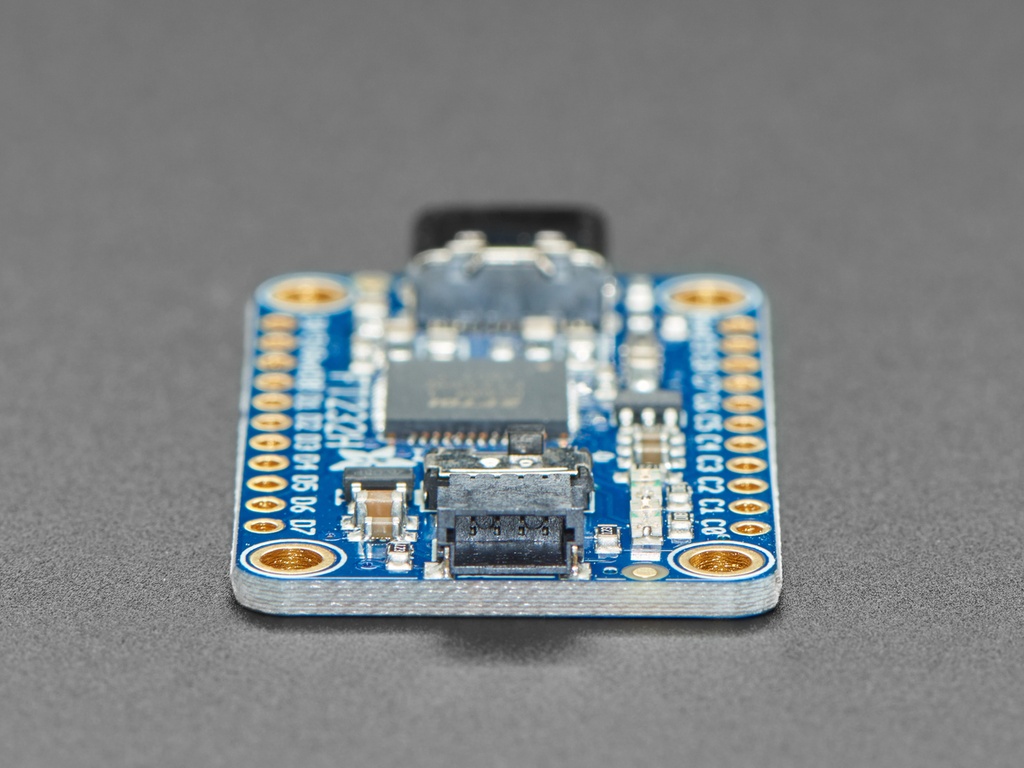 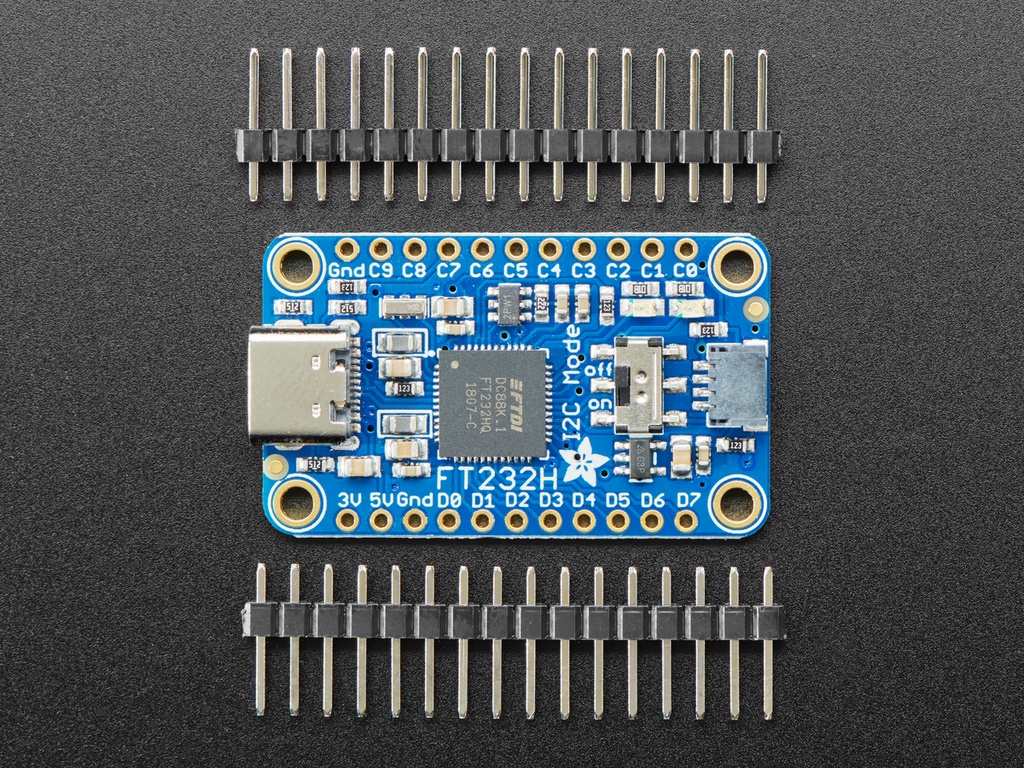 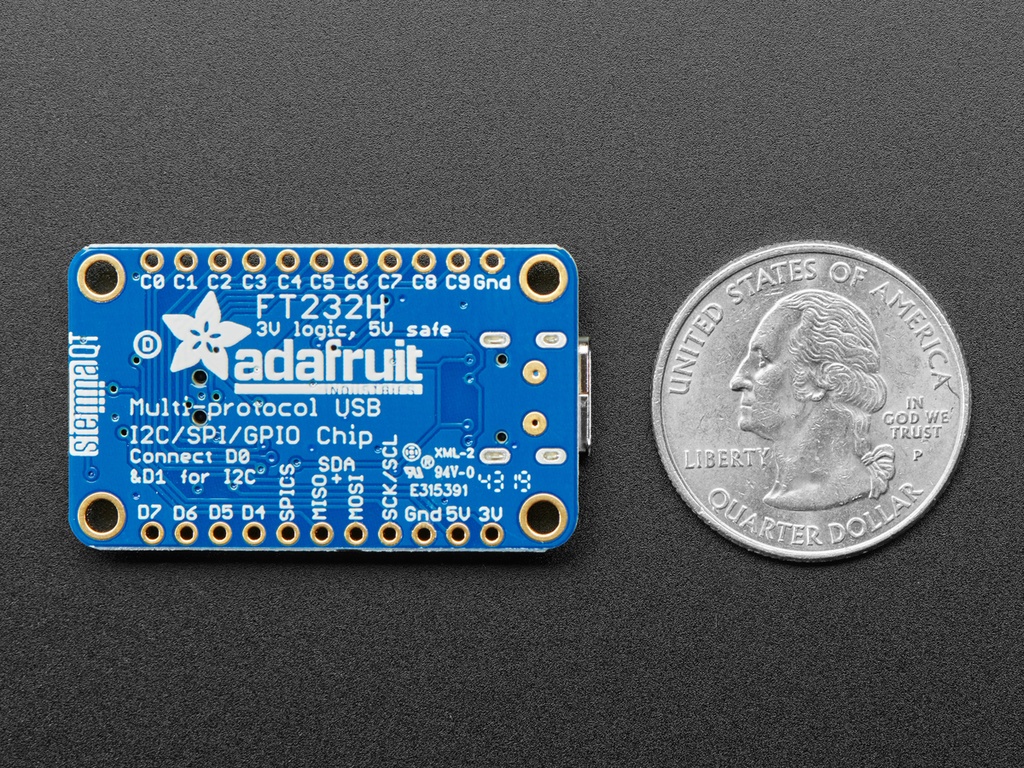 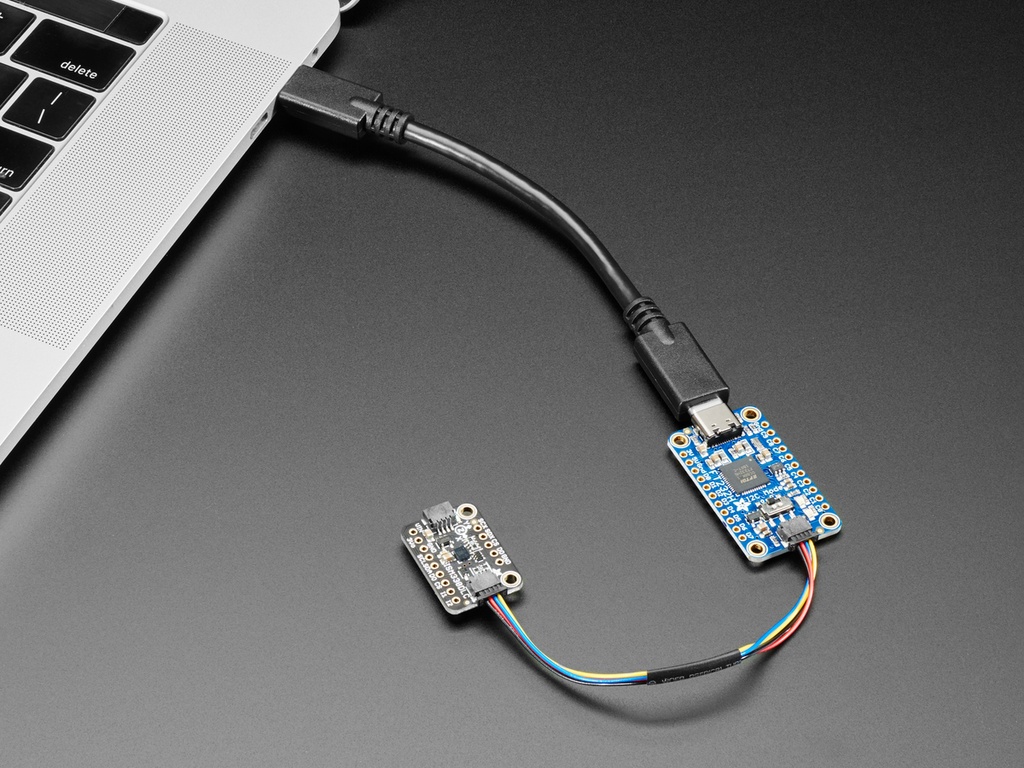 Description: Wouldn't it be cool to drive a tiny OLED display, read a color sensor, or even just flash some LEDs directly from your computer?  Sure you can program an Arduino or Trinket to talk to these devices and your computer, but why can't your computer just talk to those devices and sensors itself?  Well, now your computer can talk to devices using the Adafruit FT232H breakout board!

What can the FT232H chip do?  This chip from FTDI is similar to their USB to serial converter chips but adds a 'multi-protocol synchronous serial engine' which allows it to speak many common protocols like SPI, I2C, serial UART, JTAG, and more!  There's even a handful of digital GPIO pins that you can read and write to do things like flash LEDs, read switches or buttons, and more.  The FT232H breakout is like adding a little swiss army knife for serial protocols to your computer!

This chip is powerful and useful to have when you want to use Python (for example) to quickly iterate and test a device that uses I2C, SPI or plain general purpose I/O. There's no firmware to deal with, so you don't have to deal with how to "send data to and from an Arduino which is then sent to and from" an electronic sensor or display or part.

This breakout has an FT232H chip and an EEPROM for onboard configuration. You can read tons more about this chip from FTDI's page and check out our tutorial on how to get started and use our Python code to control the FT232H with Mac/Win/Linux and get access to our hundreds of CircuitPython libraries and tutorials.

NEW: As of Feb 12, 2020 we have given this venerable board a makeover! We now have a modern USB C connector on the board (instead of micro USB), a I2C switch to connect D1 and D2 for easy I2C interfacing, 3V power output pin up to 500mA, and a Stemma QT connector that lets you plug & play any Stemma QT or Qwiic devices, sensors and displays. This revision is completely back-compatible for board size, mounting holes and pinouts (the additional 3V/GND pins are where previously there were none and do not change the pinout, they can be left disconnected).