We received this e-mail from Nick

Hello, I wanted to share with you, how I used one of your 300 second USB recording modules. I recently completed a 'replica' Sir Didymus puppet from the Labyrinth, and to give him a voice, I installed a USB recording module programmed with his characters' soundbites from the movie.
I took advantage of the 4 buttons/sections and installed 3 buttons on the back by the main controls, and placed the final one in his hand, so when people shook it he would greet them. There are a few different clips that worked well for 'greetings' so he didn't say the same thing each time. And on the other buttons I have grunts and noises on one, "nos and stops" on another, and the final button with just random/miscellaneous soundbites.  The functionality of being able to press the button(s) again to skip to the next track is very useful. It takes some practice, but after memorizing the sequences you can double, triple, etc. tap the buttons to go directly to the soundbite you want him to say.
The stock speaker is current installed in his head, while it is plenty loud for a quiet environment, it unfortunately isn't quite powerful enough for a crowd, so I will be installing a more powerful speaker/amplifier soon.
The actual circuit board and batteries are installed in his right thigh. As the head was pretty full of puppeting mechanisms, and the chest/stomach with triggers and the operates hand, this was the best/only place. I installed a Velcro pouch so it's easy to get to, to change the batteries, and update the board. And with the long fur, it's completely hidden.
The unit I purchased from Amazon has performed perfectly. The only negative thing I can say about it is, when I went to solder on my own button wires, the glue over the terminals was a bit problematic, but I understand why it's there, and was able to eventually get it off. Additionally, and this was my fault, I somehow short-circuited the battery pack. I think when I first stuffed everything in the thigh, the USB plug somehow made contact with the battery terminals. Luckily, the mainboard was not damaged, and I was able to replace the battery holder with the exact same unit from Radioshack, so thank you for using common parts!
Also, I couldn't get the software to connect on my Surface Pro 3 running Windows 8.1, but it works perfectly on my desktop currently running Windows 10 Technical Preview, so go figure.
Thank you for such an awesome product, it really took this project to the next level. I'm sure I will be buying another one soon! 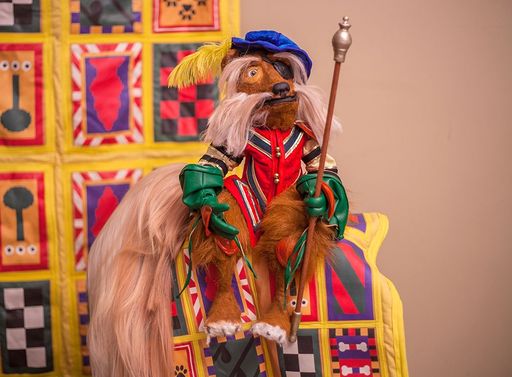 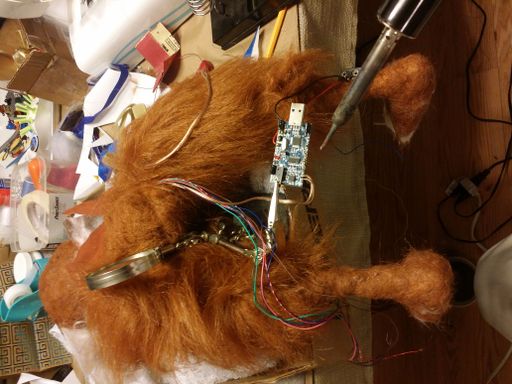 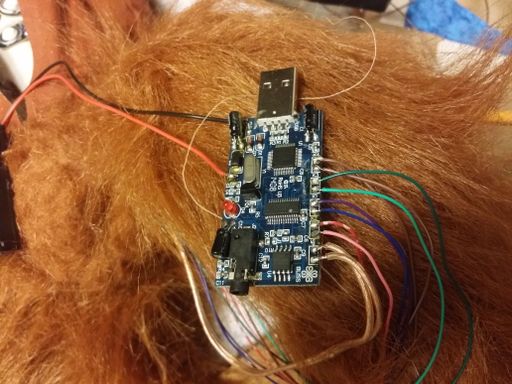 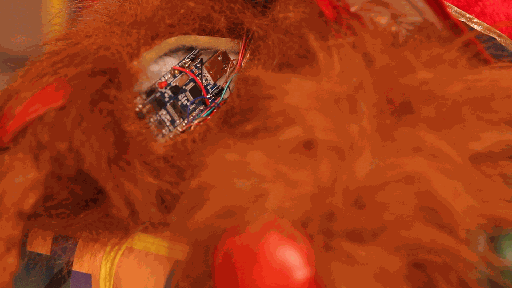