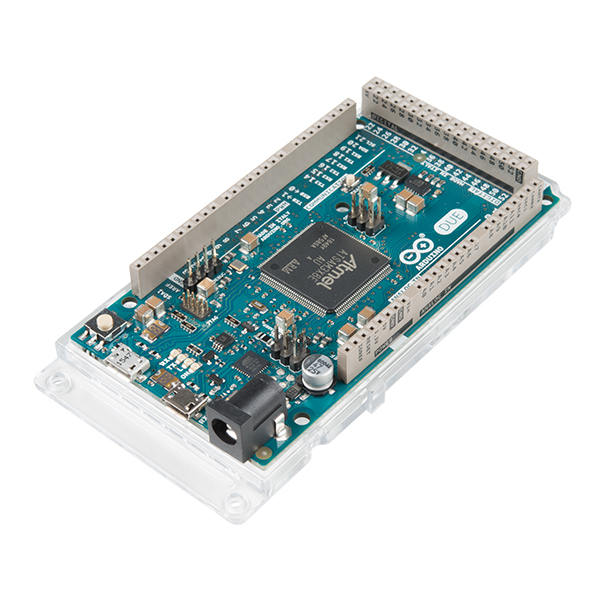 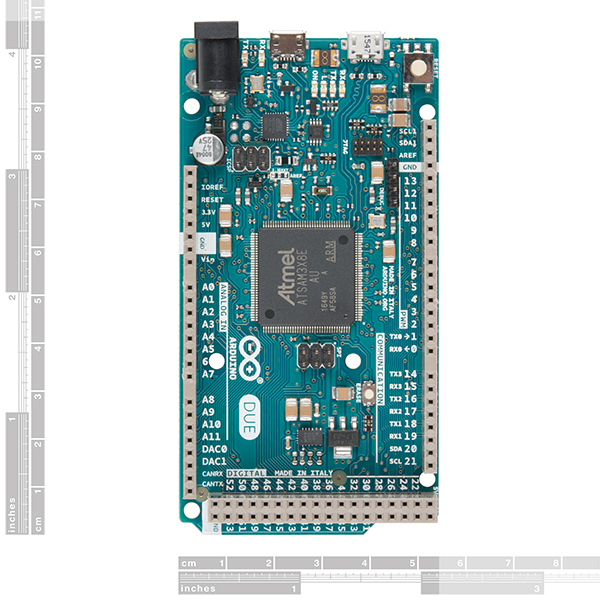 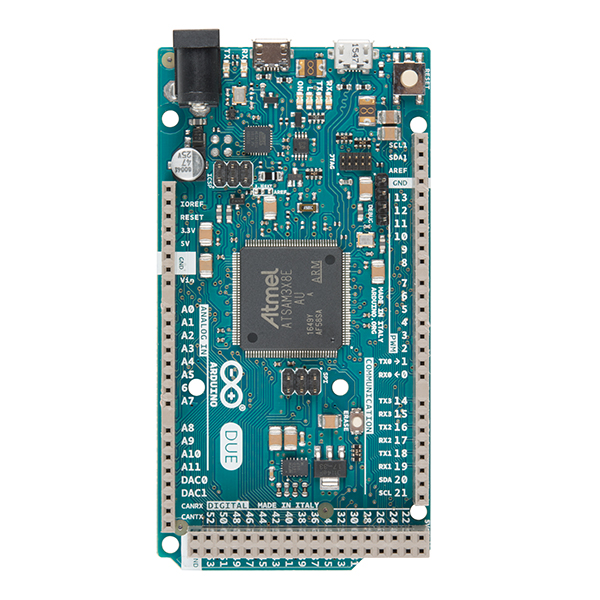 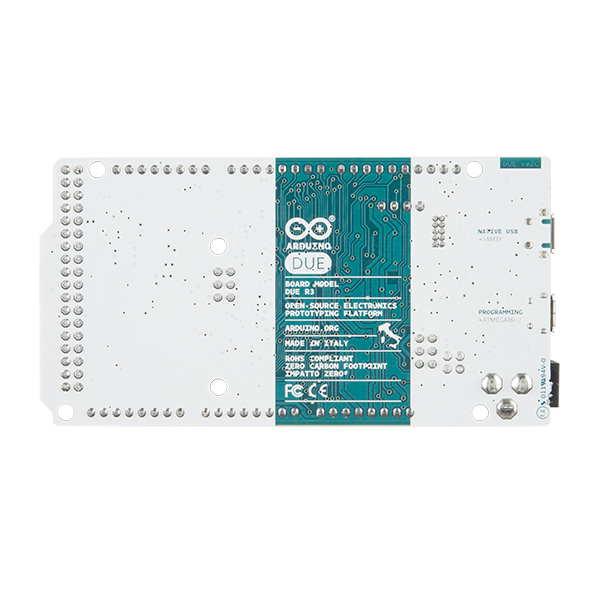 Description: The Due is Arduino's first ARM-based Arduino development board. This board is based on a powerful 32bit CortexM3 ARM microcontroller made programmable through the familiar Arduino IDE. It increases the computing power available to Arduino users keeping the language as compatible as possible so that many programs will be migrated in a matter of minutes!

The Arduino Due has 54 digital input/output pins (of which 12 can be used as PWM outputs), 12 analog inputs, 4 UARTs (hardware serial ports), an 84 MHz clock, a USB-OTG capable connection, 2 DAC (digital to analog), 2 TWI, a power jack, an SPI header, a JTAG header, a reset button and an erase button. There are also some cool features like DACs, Audio, DMA , an experimental multi tasking library and more. Never fear for accidental electrical discharge, either since since the Due also includes a plastic base plate to protect it!

To compile code for the ARM processor, you'll need the latest version of the Arduino IDE: v1.5 (After a period of testing and debugging this will replace the 1.0.1 IDE altogether)

Because of the limitations of system voltage imposed by the Atmel SAM3X8E, Arduino shields that are based on the 5v models won't work properly. All the shields that fully implement the Arduino R3 layout are compatible straight away (like the Arduino WiFi shield and Ethernet Shield) but other shields might not be compatible. Be careful when you're plugging stuff in!

Note: Unlike other Arduino boards, the Arduino Due board runs at 3.3V. The maximum voltage that the I/O pins can tolerate is 3.3V. Providing higher voltages, like 5V to an I/O pin could damage the board.